This recipe I have worked on, on and off, for years…  finally honing in on the best flavors (I think!) and I managed to keep it low carb along the way.  Eggplant Parm is one of my Mom’s favorites, and she eats gluten-free, so it sort of started with her.  I used to make it with brown rice flour, for her, but then I thought – what if I skipped the flour altogether and tried it with Parmasean cheese instead?

I am so glad I gave it a whirl!  I think it is the best one I have come up with so far – and it works with the lifestyle my hubby and I (and a lot of our friends too!) are currently doing – the low carb lifestyle.

Note: This post may contain affiliate links. That means if you click on a link and make a purchase we may receive a small commission. Thank you!

Start with the eggplant.  Get a large one if you can find it.  You only need one for this recipe but this time I used two, so I could throw some of the extras in the freezer to have on hand next time I make this.  The frying part of Eggplant Parm takes a while, so it was nice to bang it all out at once so I can easily make this delicious dinner the next time very quickly.  All I will have to do is assemble and then heat it up!

Begin by slicing the eggplant really thin – as thin as you can.  Use a large knife, it gives you more control and more surface area, so it will be easier to keep the slices thin.  If you don’t have one of these in your kitchen, you need one (she says the kindest way possible) – you can get one on Amazon for under $15 – it’s worth it!  This is a staple in my kitchen and it should be in yours too…  you can get one here.  When you are cutting it, if there are stray, smaller pieces, use all of them!  No worries on the size…  see the smaller, strange size pieces I used below.

It’s Time For a Bath!

Next, set up your parmesan bath and your egg bath.  For the Parm, I used a store bought, but granular one.  I tend to find it in the deli, where it is a bit nicer than the regular Kraft one – but really, a Kraft or store brand will work.  I try to go as “clean” as I can – the more commercial, the more chemicals.  I do my best to eliminate the chemicals.  Here are two examples of ones you can use:  The “finer version” and the “Kraft version”.  It depends on your budget and it depends on what’s important to you.  Read the ingredient labels on both of these and you can see the difference for yourself.

Then I put the Parm in one shallow pie dish, and I started with 6 eggs in the other.  To the eggs, I added in 1 tablespoon each of garlic powder, onion powder and dried parsley.  Whisk up the egg mixture thuroughly so you no longer see any white from the eggs.

Next, set up your fry pans.  Like I said earlier, I did twice the amount if eggplant this time, so I used two fry pans.  You can use two as well, it all goes faster this way!  But if you only have one pan, or prefer to use one, then by all means, just use one!  Heat the pan(s) on medium heat, and cover it with oil.  You want the oil to be pretty deep so it swirls when you move the pan around; about a 1/4 inch.  Add in a pat of butter too, until melted.

As the oil/butter mixture is heating up, dip a slice of eggplant into the parm, coating both sides.  Push down slightly on the eggplant in the parm so it sticks a bit.  You want to do the parm first, then the egg second.

Once the eggplant is covered in parm, dip it into the egg and coat it.  Then put it in the fry pan…  and let ’em fry!  PLEASE NOTE:  Here you will have to add eggs as you go, along with the spices that go in the egg mixture.  Same goes for the Parm…  it all depends on how big your eggplant is.

While frying, you might have to adjust the heat up and down a bit – I always find it hard to find the perfect heat.  I move from med-high, to med-low, and it just depends on how it all looks and not letting them burn.  You are looking for a nice golden hue on them…  let them sit on one side for a few minutes, then when it is detached from the pan and easily flipped, do so. I use tongs for this as I find the oil splatters if I use a spatula.

Add in oil and butter as needed as you go… you will have to add quite a bit, so don’t be alarmed!

They will become golden like the pic above, set up a plate or a tray, whatever works for you, and line it with paper towel.  Pile them on, one layer at a time, once they look gorgeous and golden, on the paper towel.  Sprinkle each layer with some table salt.

Build a pile of cooked eggplant with paper towel in-between each layer.  When you are done, it will look like this!  Yum!

Next, Build the Final Product!

A note here about the cheese.  Back to what I was talking about before with the parm, mozzarella when shredded for you also has cornstarch and sometimes other things in it to keep it separated.  When I have the time (which I did this time) I shred my own cheese.  I put the mozz in the freezer for about a half an hour before I shred it in my Cuisinart (food processor).

If you don’t have a food processor and you think you can’t afford one, maybe think again!  Here is one on Amazon for under $100.  It has a shredder attachment, which you will need for this!  It is so worth it – I use mine all the time!  They used to be so heavy, which mine still is as I have had it for a LONG time…  but they are much lighter and easier to use these days.  Go for it if you don’t have one and you can fit it in your budget.

I use whole milk cheese, it just gives it a creamier texture…  I also use the best, cleanest ingredient & the best priced marinara I can find.  This time I found a two-for-one, and it was really, really good.  I don’t like using sauces that have lots of ingredients and I feel like it overwhelms the eggplant.  I want the red sauce to be there, but in the background.  The one I found was a winner!  Here it is, but this is pricey – mine was much less from the store…

I covered it with foil, gently, and then put it in the fridge until I was ready to cook it, about 6 hours later.  I pulled it out and heated the oven to 350 F.  I then gently TENTED the eggplant so the top layer of cheese doesn’t stick to the foil.  About 40 minutes in, I took off the layer of foil, and let it go another 20 minutes.  Once the cheese is melty and the corners are bubbling, take it out and let it sit for another 10 mins. before cutting.

Slice it up and you are ready to serve!  It should look something like this…

If you are lucky enough to share it with friends, you can sit down for dinner with them and a nice bottle of wine!  We did a special treat and had this Chateau Montelena, Cabernet to start – delish!  I served the dinner with a marinated London Broil and a Fellini’s (that is a local Atlanta Restaurant) inspired salad.  More to come on those items in another post…  what a fun and delicious night had by all!

What Color is your Yeg Yolk?

this is a code 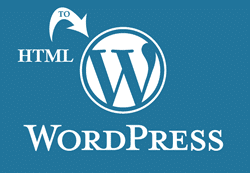